WE UNDERSTAND YOUR NEEDS. WE WERE THERE BEFORE

RecruitMnt66 SL is a project created by aircraft engineers, who after years of freelancing were able to identify both the strong and the weak points in the current recruitment system.

Freelancing in aviation, sometimes, appeared to be an ocean of hostile waters, where many could be left to sail on their own, with little guidance and support, while facing great competition.

Our project is based on a simple but strong concept. We only have two hands, although there’s so many clients, and aircrafts out there.

¿What if all of us, the freelance engineers, could join forces and put our network of both clients and colleagues together into the same ship, under the same flag?

¿What if we could share all that knowledge so no client is left unattended again, and all new contracting engineers would receive guidance and advice, while making some benefit from the global workflow?

¿What if we could turn good Karma and empathy into benefits?

That’s how, a whole new idea of recruitment was born, shaped as a project where everyone can openly collaborate and get benefitted as well.

That’s how RecruitMnt66 was born.

WHO IS “BEHIND THE SCENES”?

RecruitMnt66 is run by teams of freelance engineers, well organized in pyramid-like structure. Since those engineers are all having their own jobs, the project is intended to be a “part-time” job, thus being run during their spare time.

We seem to have found the right formula to achieve the highest efficiency out of our spare time. In addition, our technical background plays an important advantage when attending both our clients and candidates. 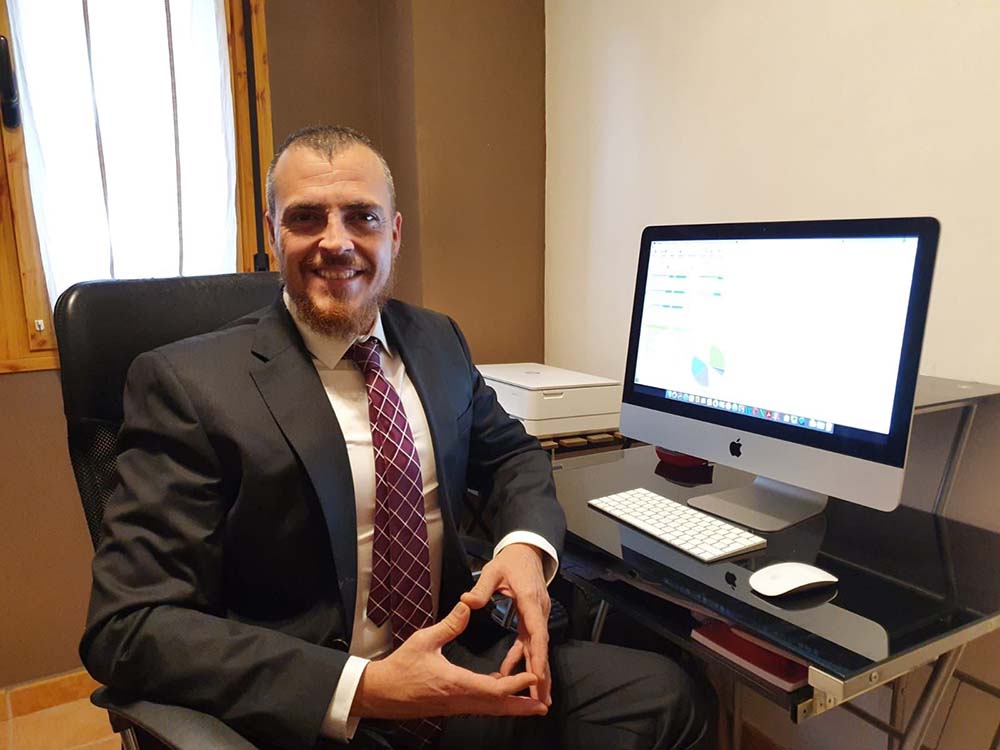 Daniel obtained his EASA Part 66 license after studying in Cithe Academy in Madrid.

He acquired his initial experience towards his B1.1 in Industria de Turbo Propulsores (ITP) and Spanair Airlines, working in MD80 and A320 aircrafts.

He later worked for other third-party maintenance companies where he obtained further experience and ratings like Boeing 757 and 767, which helped him to assist companies like Transaero, Thomas Cook, Privilege Style and DHL.

Later on, he included his Boeing 737 endorsement which allowed him to add companies like Norwegian and Ryanair to his portfolio.

Finally, he complemented his license with the Airbus A350 rating.

He also wrote his exams towards his B2 license.

Daniel gained a remarkable experience on both line and base maintenance, while creating a self-sense of awareness within the aviation industry as a freelance engineer and with a strong portfolio.

Soon, he realised that he could use his knowledge and experience to guide others walk the same path he did. 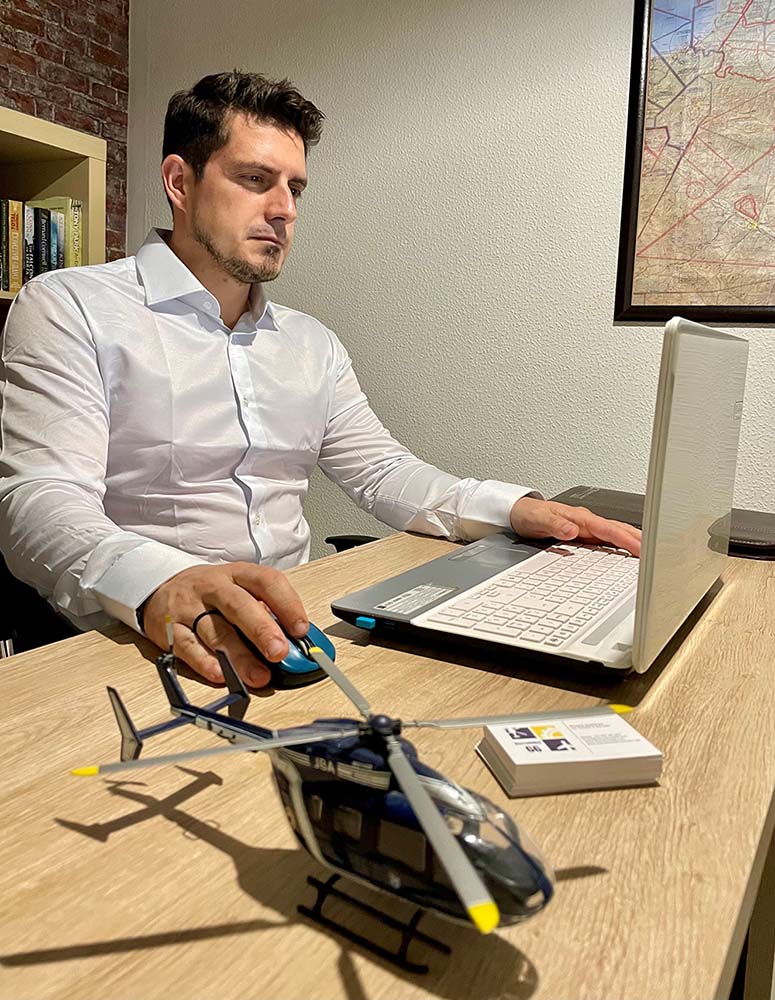 Ricard started his studies in the IES Illa dels Banyols academy in Barcelona.

Shortly after, he joined Industria de Turbopropulsores (ITP) in Madrid, where he met Daniel for the first time.

Later on, he worked in Spanair Airlines in Barcelona where he obtained his first B1.1 endorsement, the MD80.

After that, he decided to change direction and move to helicopters.

He joined Inaer Spain (nowadays Babcock) where he worked with EC145 HEMS helicopters. He also had a period of strong base maintenance experience building.

Then, he realised he wanted to be a contractor engineer, which initially directed him towards Airbus Helicopters, where he worked for a brief period as Field Representative.

He slowly walked his path towards a full-time contractor while working for different customers based in Africa and Europe, and even in the Arctic onboard a scientific research vessel.

While in Africa, he obtained his PPL(H), and he had the privilege to acquire great flying experience on Robinson 44 and AS350, being involved with crime fighting operations, Search and Rescue and Wildlife and Environment protection projects.

He was particularly touched during his participation in Rhino anti-poaching missions.

Nowadays, while he still slowly walks his path towards a flying career, with a CPL(H) under his arm, he decided to help others achieve their goals as contractors by sharing his knowledge and experience.

That’s how him and Daniel came together with a common idea, and a new project started to take shape.

"THE POWER OF NETWORKING APPLIED IN AVIATION"

RecruitMnt66 is a project founded and maintained by freelance engineers, sharing their best knowledge of the aviation industry to help others, while sharing the overall benefit.

We work in teams, in a pyramid-like structure.

The project is intended to be a “part-time job” which would generate some passive income, by helping other colleagues and clients from our vast network.

Together we can do much more. Join us and be part of our project. 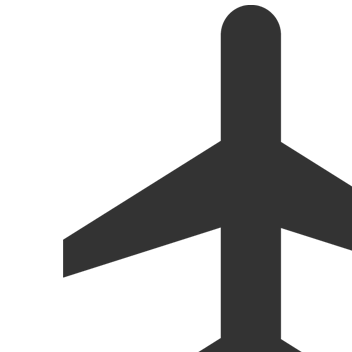 RecruitMnt66 is a project founded and maintained by freelance engineers, sharing their best knowledge of the aviation industry to help others, while sharing the overall benefit.

We work in teams, in a pyramid-like structure.

The project is intended to be a “part-time job” which would generate some passive income, by helping other colleagues and clients from our vast network.

Together we can do much more. Join us and be part of our project.

Recruitmnt66 tech. staff support for one of our clients operation was just excellent. We will work with Recruitmnt66 anytime again!

This website uses cookies to improve your experience while you navigate through the website. Out of these, the cookies that are categorized as necessary are stored on your browser as they are essential for the working of basic functionalities of the website. We also use third-party cookies that help us analyze and understand how you use this website. These cookies will be stored in your browser only with your consent. You also have the option to opt-out of these cookies. But opting out of some of these cookies may affect your browsing experience.
Necessary Always Enabled
Necessary cookies are absolutely essential for the website to function properly. These cookies ensure basic functionalities and security features of the website, anonymously.
Functional
Functional cookies help to perform certain functionalities like sharing the content of the website on social media platforms, collect feedbacks, and other third-party features.
Performance
Performance cookies are used to understand and analyze the key performance indexes of the website which helps in delivering a better user experience for the visitors.
Analytics
Analytical cookies are used to understand how visitors interact with the website. These cookies help provide information on metrics the number of visitors, bounce rate, traffic source, etc.
Advertisement
Advertisement cookies are used to provide visitors with relevant ads and marketing campaigns. These cookies track visitors across websites and collect information to provide customized ads.
Others
Other uncategorized cookies are those that are being analyzed and have not been classified into a category as yet.
SAVE & ACCEPT
Powered by